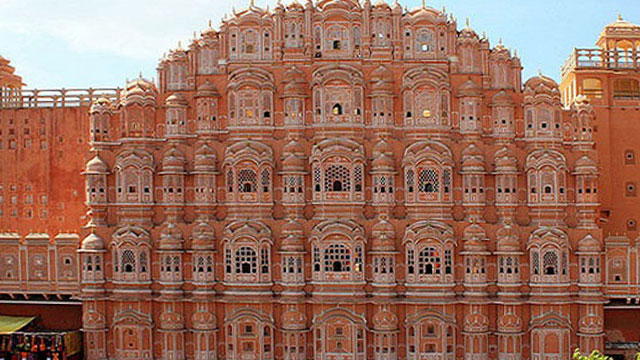 Jaipur: Jaipur is the capital city of Rajasthan. It is lovingly known as the Pink City of India. Jantar Mantar, Hawa Mahal, Albert Hall Museum and Amber Fort are attracts that attract tourists.

Bikaner: Bikaner is a beautiful city in the state that is located on the edge of the Thar Desert. It is a prominent tourist place with attractions like Junagarh Fort, Lalgarh Palace and Camel Breeding Farm & Research Centre.

Jodhpur: Famed as the Blue City, Jodhpur is the second largest city of the state. It is historical town and prominent tourist destination. Mehrangarh Fort, Umaid Bhawan Palace and Jaswant Thada Memorial are major tourist attractions in this city.

Jaisalmer: Jaisalmer is a wonderful city located in the middle of the Thar Desert. It is also called the Golden City of India. Sonar Kila, Jain Temples, Merchant Havelis, Desert National Park, Sam Sand Dunes and Camel Safari Rides are major attractions for tourism in this desert city of Rajasthan. Mount Abu: Mount Abu is the only hill station of Rajasthan. Tourist attractions in this city include Nakki Lake and Dilwara Jain Temples.

Ranthambore National Park: Ranthambhore National Park in Rajasthan is one of the most popular and largest national parks in Northern India. It is known for its tigers. Ranthambore Fort, Tigers and Jeep Safari rides are attractions here. Pushkar: Pushkar is one of the most sacred cities for Hindus in Rajasthan. It is renowned for its temples, rose gardens, lake and ghats. Lord Brahma Temple is the main attraction of the city. Pushkar is also known for annually held Pushkar Camel Fair & Festival. Nearby Ajmer Sharif Dargah is also visited by a number of tourists each year.