The capital of Sweden, Stockholm, is actually spread over a total of 14 islands so you are never far from the water’s edge. Bridges unite the islands and there is a freshness and luster about the place never generally found in a city. Exploring its landscapes and sights can be accomplished on foot, and the mix of history, art, culture and scenery is magical.

Here are the top five sights you just can’t afford to miss when in Stockholm.

1. The Royal National City Park runs throughout the islands, what other city do you get the chance to see deer, foxes, elk and rare birds in their natural environment? Also inside the park are museums, an amusement park, and even theatres, restaurants and accommodation, stroll through the beautiful flowering gardens, run along the beaches, or sit quietly in one of the parks admiring the centuries-old oak trees, large lakes and summer palace’s. 2. One central attraction not to miss out on is the City Hall, easy to identify in the cityscape with its towering spire, a creation of architect Ragnar Östberg it was built using 8 million bricks and features the Swedish coat of arms. Climb the 106 meter’s for an extraordinary view of the city and its surrounding waters, or take a guided tour and learn the history of the area. 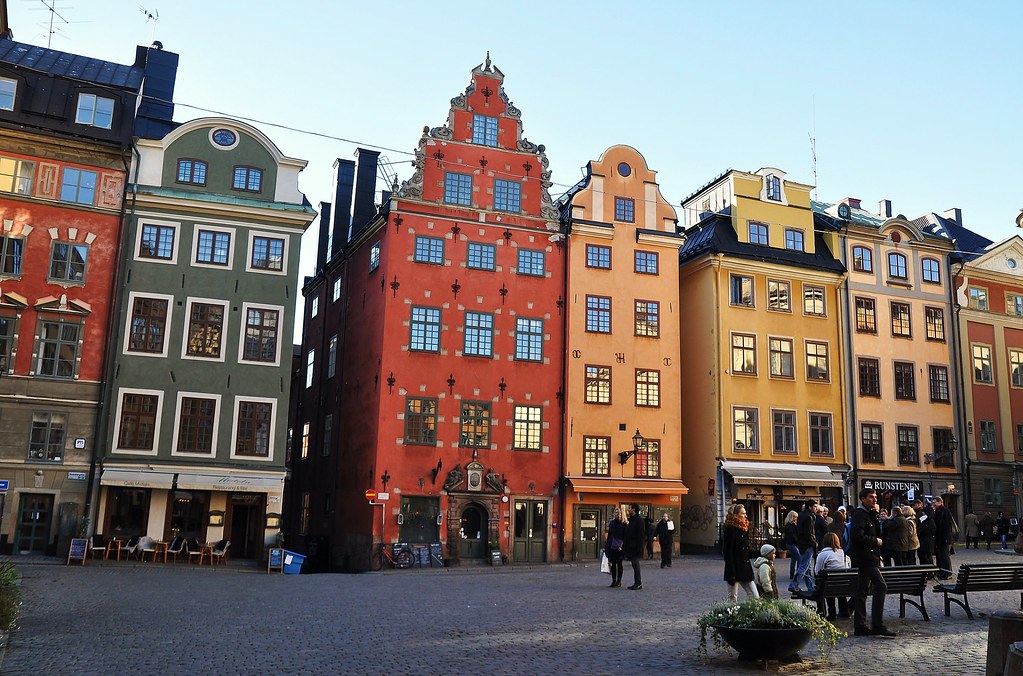 3. Gamla Stan is an incredibly popular section of the Swedish capital that attracts thousands of visitors as it dates from medieval times and has quaint, narrow cobblestoned streets. The buildings are painted in different shades of gold and home to lots of little interesting shops crammed with handicrafts, antiques and souvenirs, or converted into art galleries and cafés, buy some keepsakes and sit for a hot drink whilst soaking up the sights. The great thing about this place is that even centuries later it’s still possible to see cellar vaults and frescoes from the Middle Ages, and on snowy or frosty days it’s like being in a fairy tale.

Also located in this area are Stortorget, the oldest square in the city, picturesque and historical surrounded by 18th century buildings; Köpmangatan, the oldest documented street dating back to 1323; and Mårten Trotzigs alley is the narrowest measuring 90 centimeters wide at some points! You can also visit The Royal Palace, official residence of the King of Sweden and one of the largest palaces in Europe where you can see the daily changing of the guard, as well as Stockholm Cathedral and the Nobel Museum.

4. The emerald isle of Djurgården should be on top of any visitor’s list of top sights to see on a visit as it’s calm and beautiful. Be sure to pass by the legendary 17th century warship, the Vasa; the world’s oldest open-air museum Skansen is perfect for family outings; and the story book world of Astrid Lindgren’s Junibacken.

5. You can’t mention Stockholm without the Archipelago as it’s the biggest attraction of all with over 24,000 islands to explore, some just small rocks, others large and sandy. The best way to see it is either to join a boat trip just for the day or take a longer trip and spend a weekend, or even longer, exploring the area as it’s worth it for the wild scenery and majestic views. Finnhamn is a small island but stunning and great for nature lovers as it’s possible to go walking through the forests and meadows, or head to Grinda which has beaches and rocks, a place to camp, summer cottages and cycle tracks. Vaxholm has been inhabited since the 16th Century and is closest to the city centre with a lovely harbour and a real holiday atmosphere.

There are numerous sightseeing tours around the city offering interesting itineraries and fascinating views. Book yourself into a city centre holiday apartment this summer and see the delights of Stockholm.