An ideal place is a must when someone is traveling to other countries. For some technology dedicated fans, these following geekiest hotels in the world could meet their expectations for a nice staying place and demand for playing games. 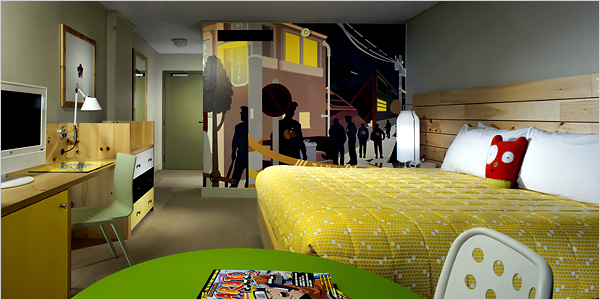 San Fransisco: The Hotel for Video Game and Manga Nuts

The Tomo Hotel, located in the center of Japantown in San Fransisco, California, is equipped with two “gaming suites”. Seriously, these suites have all devices to get its name: a Sony PS3 console, an 8 by 5 foot screen and a Nintendo Wii. Especially, the rooms are decorated according to Japanese culture theme. 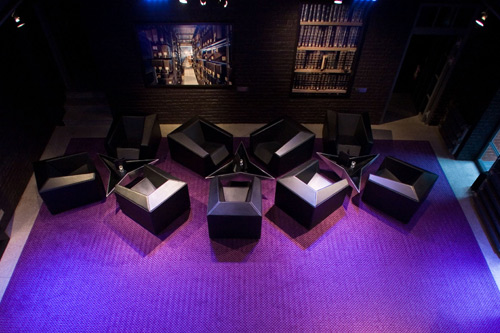 The Blow Up Hall 50 50 hotel in Poznan, Poland is equipped with a giant plasma screen which is linked to video cameras, motion detectors and computers. Otherwise, iPhones are used in replacement for keys and keycards.

Palma de Majorca: For The DJ On Holiday

The Puro Hotel, also known as the 18th century palace in the heart of Palma de Majorca, offers its customers with the latest in audio and video equipment. A new recording studio has just been built.

MechaDroid Type C3, invented by Japanese company Business Design Laboratory, is able to fullfil all duties of hotel receptionist. The robot can speak, recognize faces of guests and has a touchscreen tablet showing all necessary information.

Coming to the Tribeca Grand Hotel in New York, you have chance to own a Flip Ultra HD camcorder during the time you stay there. Furthermore, the “iStudio” with an iMac decked out and software from Final Cut Pro will surely entertain you.

Boston: Get an Eye-full of This

In the luxury NINE Zero hotel in Boston, technology “Cloud NINE Penthouse Suite” with iris recognition is used to open the door. That means guests have to look into a camera which is able to detect the room’s occupant in less than two seconds.

The Parisian Seven Hotel is designed as endless inspiration for the world of James Bond. All gadgets, retro furniture and a picture of Sean Connery on the wall is the same decoration in every room. Jason Ford works as a web developer and an editor of a weekly technology magazine. With the passion in technology, he has published numerous articles to provide readers reliable information about technology products and hot technology events around the world.